List of flood-prone areas in the Philippines: 10 heavily flooded zones 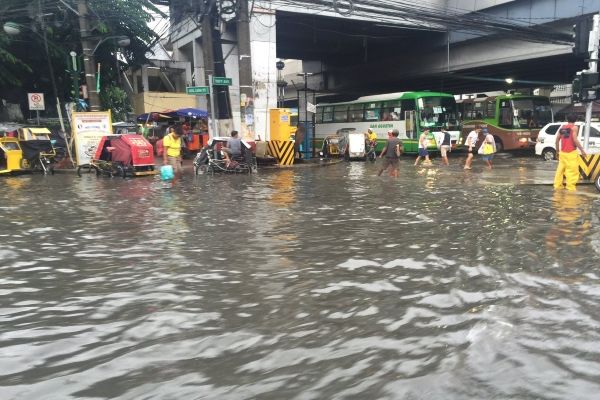 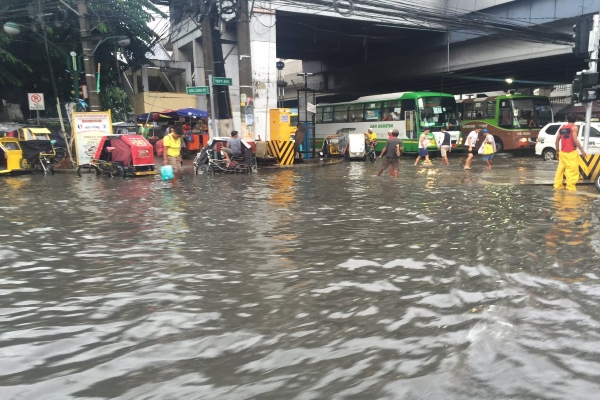 Looking for a list of flood-prone areas in the Philippines? Check out our notices right now to avoid getting caught in a flood during the rainy season.

List of flood-prone areas in the Philippines: First thoughts

Being aware of the list of flood-prone areas in the Philippines is a must for everyone who plans to visit or lives in the country in the near future. With the following list, Philtoyota.com hopes that you can always be well-prepared for any flooding emergency.

Let’s get into details about these places right away!

List of flood-prone areas in the Philippines: 10 heavily flooded zones

As you may not know, the Cavite province struggles with floods constantly.

One of the highest floods reported in this province was in August 2013. According to the news, the incessant rainfalls from the upland (Mendez and Tagaytay) and the lowland’s high tides caused a surprisingly fast rising in water levels.

Some of the most flood-prone areas of this province include Rosario, Bacoor, Kawit, Noveleta, Naic, and the center of Cavite City.

CaMaNava is the shortened name of the 4 cities: Caloocan, Malabon, Navotas, and Valenzuela. Since these cities share the same river system, it’s inevitable that when the rainy season comes (or just heavy rain in general), all 4 cities have to deal with flooding.

These 4 cities have experienced so much flood that one of them, Malabon, has been titled “Venice of the Philippines”, not because of the city’s beauty, but only because it is flooded most of the time throughout the years.

Another full-flooded presenter among the F4 areas is Navotas. In August 2012, up to 13 villages of this province were submerged in water due to floods. 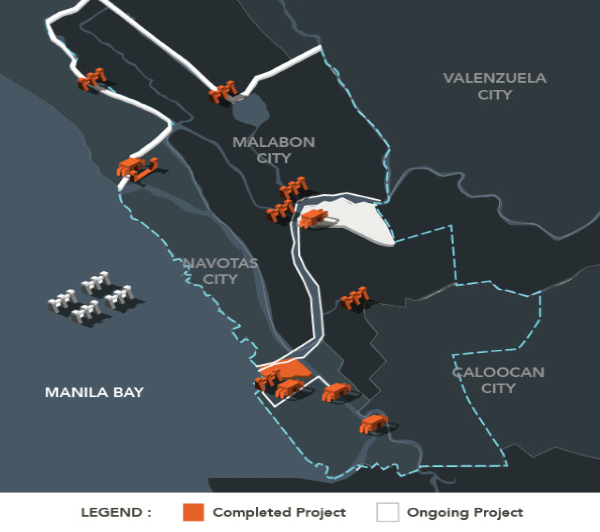 To prevent floodings, the government has proposed the massive CaMaNava Flood Control Project.

The CaMaNava Flood-Control project first came up in 1997. It was expected to be finished in 2007 but was then postponed and published in 2009.

However, until now, it seems like this project is more of a burden than a helpful government scheme. Every segment of the project is now weakening-performed and can collapse at any time. This may lead to surplus dangers that will worsen the flooding situation and the control effect of the CaMaNava provinces.

In the rainy season, it is pretty common for Parañaque to endure heavy rains for a long period. Therefore, the level of the floodwaters in Parañaque can sometimes go up to your waist.

Some areas of the city were so heavily flooded that, in August 2013, the authorities had to announce an urgent evacuation of people from Sto. Niño, San Dionisio, and Tambo.

The good news is, to cope with constant floodings, a Flood Control Program, and several other measures have been implemented by the Parañaque. 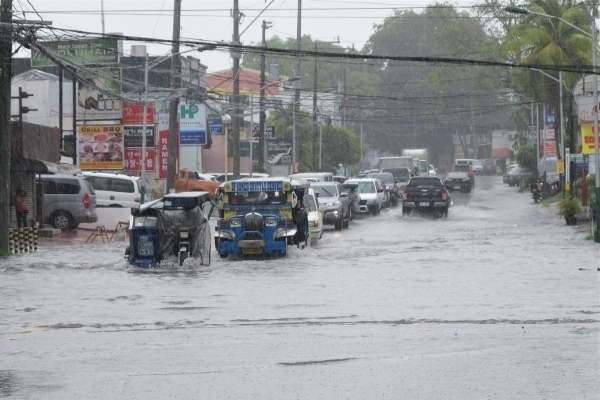 The authorities are continuously looking for better and more improved methods to help people to deal with the flooding.

However, despite the persistent efforts, floods remain a major problem for Parañaque as it’s not the only place at risk of being flooded, but other surrounding areas as well.

Makati is a long-time well-known city for its rapid urbanization and urban jungles. However, this city is also the top-rated city in the list of flood-prone areas in the Philippines since it is located near the Pasig River.

Don’t be too worried, though. As an influential business and financial center of the country, the government will spend resources to effectively prevent floodings from most parts of the city. The most flood-prone places in Makati are Magallanes and Don Bosco.

Constant floodings have become a notorious natural trait of Manila. While not every area of Manila is flood-prone, most parts of this city have inevitably encountered heavy floods during the rainy season. 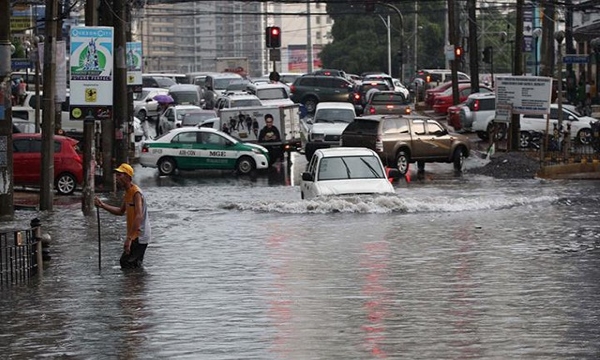 Over time, Manila’s flooding problems have even been presented by international news.

Heavy rain, rapid industrialization wastes, and a large amount of garbage that was stuck in the center waterways are some of the causes of flooding in Manila.

The Philippines’ capital Manila was hit by remarkably heavy flooding in 2013. 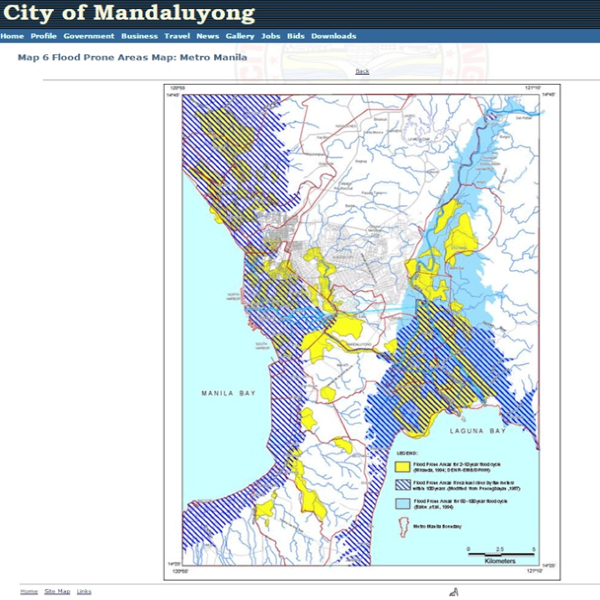 Looking at Mandaluyong’s map, it’s no wonder that this city is notably flood-prone: in the south, there’s the Pasig River; in the Southeast is Laguna de Bay; in the west is Manila Bay and the San Juan River is in the northwest of the city. Basically, Mandaluyong is surrounded by a variety of water.

Another contributor to the flood-prone difficulties is the city’s drainage system. Unexpectedly, it will sometimes trigger some problems and worsen the flooding as not being settled and handled well by the operators.

Being flooded every rainy season causes numerous damages to not only the property but also the development of Mandaluyong.

The overall topography of Abra is the main reason why this region is constantly flooded. Abra is located near the Abra River and has many lowland areas such as Manabu, Bucay, La Paz, Pilar, Langiden, San Juan, Daguioman, Dolores, etc. As a result, heavy rainfall can easily form damaging floods in these parts of the province.

Furthermore, floodings in Abra pose the risk of landslides and it is even more dangerous to the residents and surroundings. 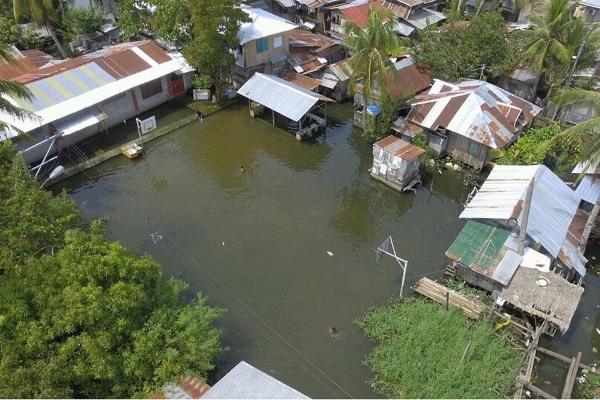 Heavy rains can easily cause floods in Abra.

Even though Surigao del Sur is called The Surfing Capital of the Philippines, once stepping into the list of the flood-prone areas in the Philippines, no amount of tides and wind can help the people here get away from the flooding and landslide problems.

Every single municipality and island of Surigao del Sur has experienced heavy floods, as well as some towns of Surigao del Norte, such as Alegria, Mainit, and Surigao City.

One of the most notable cases of floods in this region was in January 2015. Ceaseless rainfalls led to floods and landslides, which forced many occupants in Surigao del Sur to suspend their work and schools. At that same alarming time, landslides completely cut off the highway between Cortes and Tandag City. 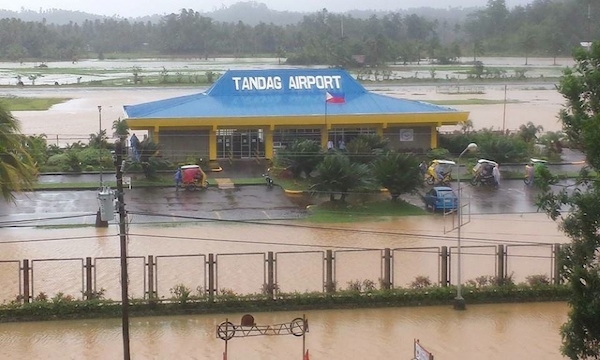 The Tandag Airport was heavily flooded in Surigao del Sur in 2015.

Amongst them, the center of the Agusan River Basin is an especially flood-prone area. The flooding problems here are so dangerous that there have been several deaths caused by floods. 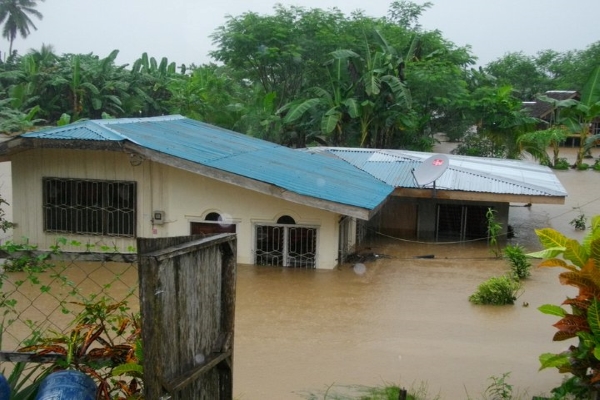 Agusan del Sur’s residents have to adapt to many monthly-flood throughout the years.

In January 2014, there was a downpour for two weeks straight. Floods and mudslides caused by the heavy rainfall in Agusan del Sur had killed 22 people and forced more than 50,000 families to relocate.

The Kalinga province, particularly Pasil, Tingcayan, Balbalan, Lubuagan, and Tanudan, always has high risks of struggling with flooding and landslides.

Every time dealing with continuous rains for too many days (or worse, a typhoon comes ashore), there’s no doubt that these agricultural areas will have to sustain the most losses.

List Of Flood Prone Areas In The Philippines: Conclusion

The Philippines is a tropical and archipelagic country, so typhoons and heavy rainfalls are particularly common. Floodings may be a chronic problem of the islands, however, in the dry season, visiting the Philippines is still a worthwhile experience for you and your family.

Hopefully, our today’s article on the list of flood-prone areas in the Philippines can help you in making more suitable preparations for your future living/working location and entertaining plans.