How a Filipino Startup is Making Waves with Sustainable Housing 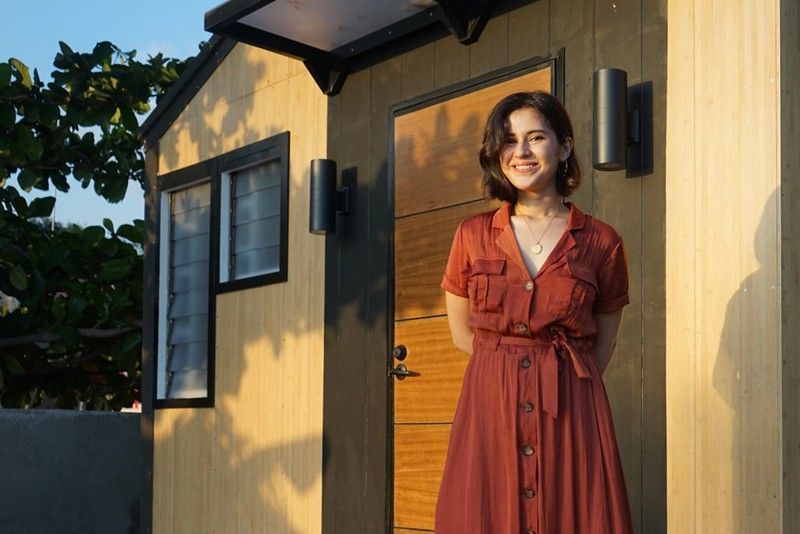 According to an Asian Development Bank official, poverty in the Philippines worsened because of the COVID-19 pandemic and might stay high this year. The pandemic has pushed the Philippines’ poverty rate above 20% this year, up from 16.7% in 2018.

With a population of 110 million, a poverty incidence rate of 20% would equate to around 22 million poor Filipinos. Not to mention the government’s 6.7-million housing backlog (as of March 2021).

The country’s rising poverty, population, and frequent natural calamities have pushed the need for more housing. Cubo Modular is a blessing in this time of escalating housing need. 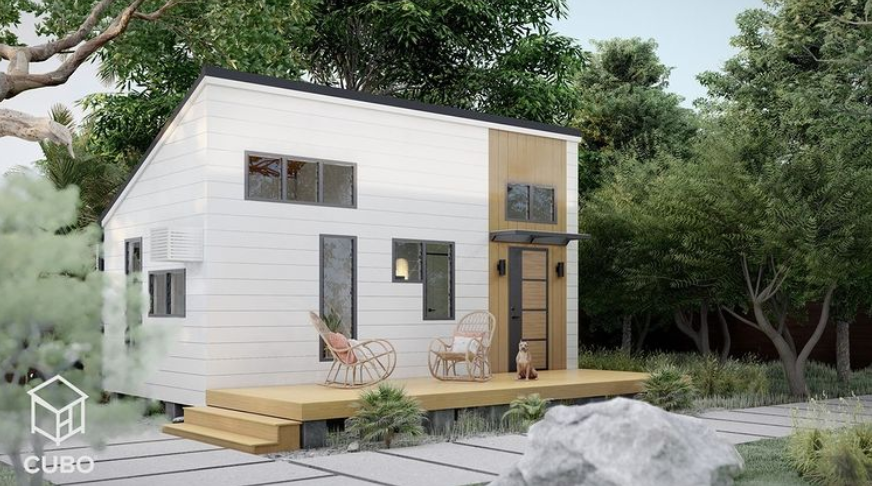 Who is Cubo Modular?

Cubo Modular believes we all deserve a house that will last for generations. By creating uniquely designed bamboo house kits, they are making sustainable, inexpensive, and dignified houses available to everyone.

The Pinoy Builders team had the privilege of meeting Zahra Zanjani, COO and Co-Founder of CUBO Modular, and learned more about what CUBO Modular brings to the world.

According to Zanjani, CUBO Modular was just a concept in 2018. It all started as a kind of output, an award-winning concept, during a competition held by the Royal Institute of Chartered Surveyors in 2018. Her co-founder, Earl Forlales, submitted a proposal centered on the CUBO concept; it was a whole 360-degree process to develop, rent, manufacture, and create viable communities with this product.

Only in November 2020 did CUBO Modular begin production and manufacturing, when the pandemic was in full swing.

CUBO Modular’s goal is to provide every Filipino with a dignified and accessible home. By choosing CUBO, you support both award-winning Filipino design and excellent Filipino craftsmanship. 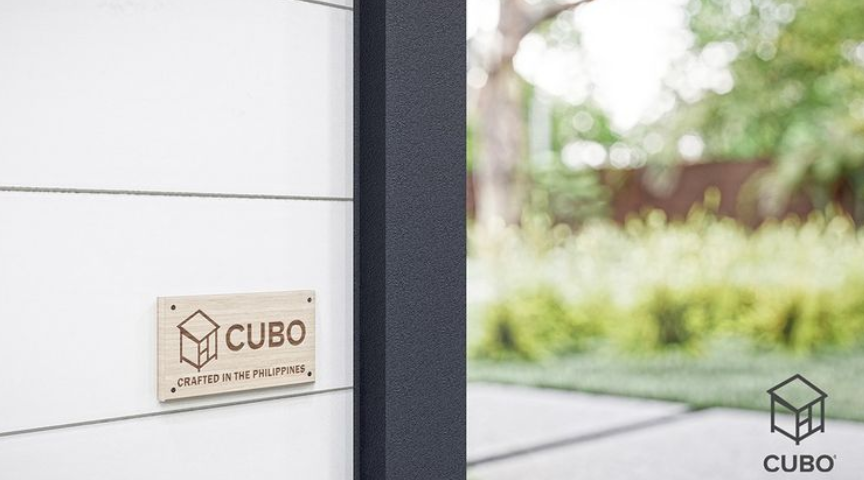 RELATED: Everything You Need to Know About Prefabricated Homes

What differentiates CUBO Modular from other modular companies?

According to Zanjani, modular systems are not a new thing. Countries like the United States, Europe, and Australia have been using this for quite some time. It is not as common in the Philippines.

CUBO Modular did not develop modular systems nor the engineered bamboo, which is their main sustainable raw material. What differs them from other modular companies is that they were the first and only company in the world to bring the two concepts together.

We didn’t invent modular systems, and we didn’t invent engineered bamboo, but we’re the first and only company in the world that put it together. So that’s what our patent pending system is about. It’s putting these two concepts together. Compared to other modular companies, although they each have their own expertise, ours is really in the material itself. So, most modular companies do not use reusable or sustainable materials, and that’s what makes CUBO very different,” Zanjani said.

Bamboo grows in three years, compared to steel and other non-renewable materials used by other modular systems and companies, which may do more harm than good to the environment. 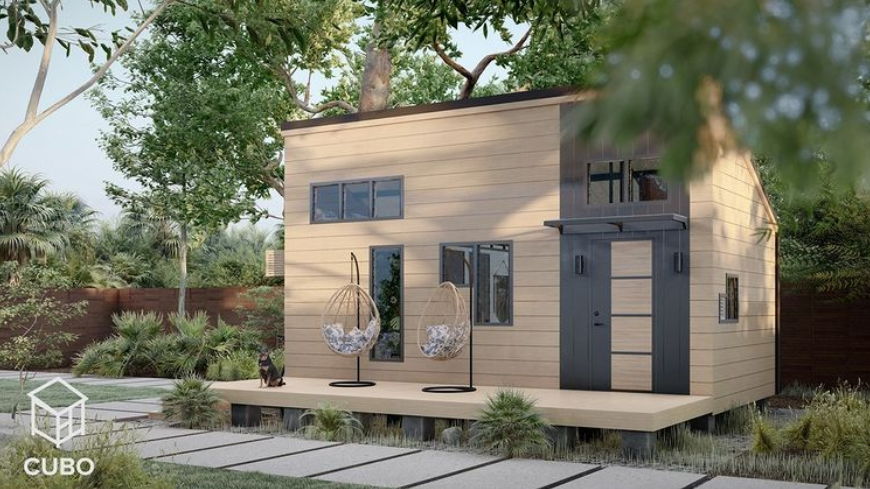 While modular homes used to mean “lesser quality”, this is no longer the case.

Bamboo has superior properties. Bamboo offers exceptional properties besides being extremely renewable. Zanjani’s attention to detail astounded us. Bamboo is 40 times stronger than concrete and local hardwood. In terms of compressive strength, bending strength, and tensile strength, it is significantly comparable to kamagong and yakal. Plus, it’s energy saving.

We also follow building guides with timber construction. So, we use typhoon straps, where we essentially connect the entire house together, and it’s built onto the foundation, and it’s bolted onto the foundation. So, from the foundation, it’s connected to the floor panels. And from the floor panels, we have our typhoon straps that connect it to the wall panels, from the wall panels, again, additional straps to the ceiling. So, the house itself is, you know, unified in case na magkaroon ng earthquakes, strong winds up to 250 kilometers per hour. That’s how we anticipated this, the science,” Zanjani explained. 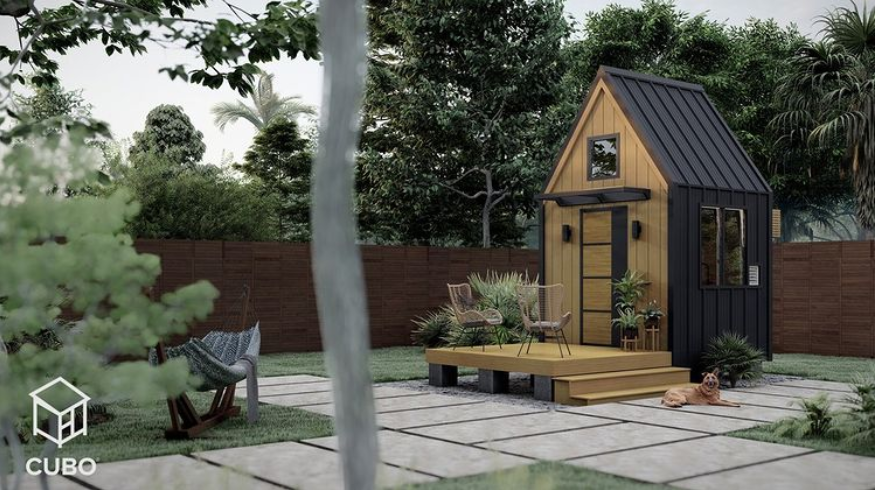 How can I be a CUBO homeowner?

As Zanjani mentioned, it’s as easy as ordering a house from Lazada. It’s as simple as visiting their website, picking a unit you want, completing your payment options, and once you’ve decided, voila! You can reserve a CUBO for yourself! You also have options for a custom CUBO or upgrade if you already have one!

Visit their website at https://www.cubo.ph/. Check out their ongoing anniversary sale here: Cubo Modular is Having a P100K Off Anniversary Sale 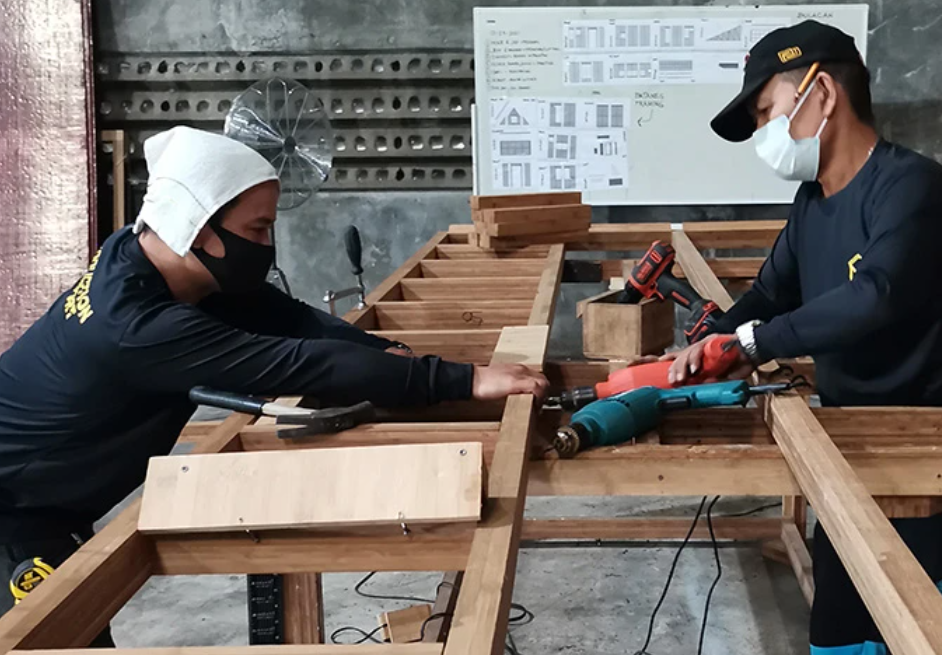 The future of sustainable housing in the Philippines

In terms of our resources, sustainable housing offers a lot of potential. There are a few limited communities that are particularly focused on sustainable materials and building with these materials. And all CUBO Modular can hope for is that it becomes more widely known.

“I hope people get more interested because people are already used to traditional construction. It’s like a big wall. It’s like a big, concrete wall in the construction industry. And for small players, like us, for example, it’s definitely hard for us to go over that concrete wall, using, let’s say, a piece of wood,” Zanjani expresses her positive outlook.

People are already interested, and some developers have taken efforts in this area, so CUBO Modular hopes that more people will look into innovating in sustainability and using sustainable materials in building houses.

As Zanjani, COO and Co-Founder of CUBO Modular, made a powerful statement to all of us, “you can’t build a future if you have already destroyed the planet.”

Photos are from CUBO Modular